Overview of the 4 Types of Airplane Wing Flaps 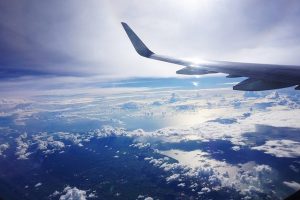 The wings on a typical airplane aren’t completely flat and smooth. Whether it’s a private or commercial airplane, most airplane wings have flags. Wing flaps are designed to minimize both take-off and landing distances. Located on the trailing edge of an airplane’s wings, they are adjustable. Pilots can adjust the wing flaps to increase or decrease drag. There are several different types of wing flaps, however. Below is a comparison of the four primary types of wing flaps found in airplanes.

All airplanes have wing flaps. Some of them have plain or fowler wing flaps, whereas others have split or slotted wing flaps. Wing flaps are simply the adjustable flaps on an airplane’s wings.