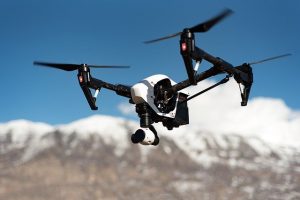 There’s no denying the fact that drones have become increasingly popular in recent years. According to the U.S. Federal Aviation Administration (FAA), over 1.5 million drones have been registered. As this number continues to increase, it poses new safety concerns for commercial airlines. While collisions with drones are rare, experts believe it’s a safety concern that needs to be addressed. As a result, the FAA has proposed a new identification rule for drones.

Under the new rule, drones would be required to provide both identification, as well as location, information to local air traffic controllers, third parties and other users of airspace. Known as Remote ID, this feature would essentially make drones more visible — at least electronically — to commercial airlines and pilots. With Remote ID, drones will automatically transmit their identification and location information. Commercial airlines and pilots can then detect the drones, allowing them to take evasive maneuvers if they within close range.

Assuming it passes, however, the rule won’t require all drones to feature Remote ID. Rather, it will only apply to drones weighing at least 0.55 pounds (there are a few exceptions). Small drones weighing less than 0.55 pounds pose little or no risk to commercial airlines. It’s the larger, heavier drones that pose the greatest risk of damage to airplanes.

The FAA notes that Remote ID isn’t a foolproof means of protection airplanes from drone-related collisions. Nonetheless, it says the technology is an essential element needed to manage drone traffic in the United States. “While remote identification alone will not enable routine expanded operations such as operations over people or beyond visual line of sight, it is a critical element for building unmanned traffic management capabilities,” said the FAA.

What prompted the FAA to propose this new rule? It was in response to an abnormally high number of drone sightings over Colorado and Nebraska. The FAA had been working on the rule for over a year, but in December 2019, it receives a high number of reports regarding unidentified drones over Colorado and Nebraska. Just one day later, the FAA proposed the aforementioned rule.