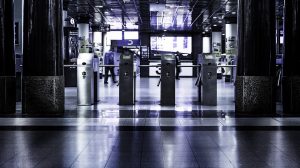 The FAA’s proposal to ban laptops and similar electronic devices in checked luggage stems from a paper the agency published last month. In the paper, the FAA explains that fire suppression systems aboard modern-day aircraft are relatively ineffective at controlling fires created by lithium-battery explosions.

Normally, devices with lithium-ion batteries have built-in protection systems to prevent the battery from overheating. There are times, however, when these systems fail; thus, causing the battery to overheat and explode. An exploding battery by itself is dangerous enough. However, the problem is amplified when it’s next to an aerosol can like hairspray. The otherwise small explosion from a battery may trigger a bigger and more dangerous explosion next to the aerosol can.

The FAA goes on to cite several instances in which lithium-ion batteries have caused fires aboard airplanes. Since 2006, for instance, three cargo jets have been severely damaged by battery fires. While all three instances involved cargo airliners, not passenger jets, the FAA believes that it’s only a matter of time before it occurs on a passenger jet. And to prevent this from happening, it’s recommending a universal ban on all laptops, tablets and other electronic devices with lithium-ion batteries in checked luggage.

Under the proposed ban, passengers would be required to transport their laptops and tablets in carry-on luggage. This wouldn’t stop the device from overheating necessarily, but it would allow crew members to access and extinguish fires more easily. If a laptop explodes in the cabin, a crew member can douse it with a fire extinguisher.  But if if a laptop explodes in the airliner’s cargo compartment, it may be forced to make an emergency landing before it can be extinguished.

So, when will this ban take place? It’s important to note that the FAA has only recommended the ban; it hasn’t actually proceeded to implement it. Therefore, the ban may or may not happen. In the meantime, though, passengers should familiarize themselves with the latest FAA rules and regulations.