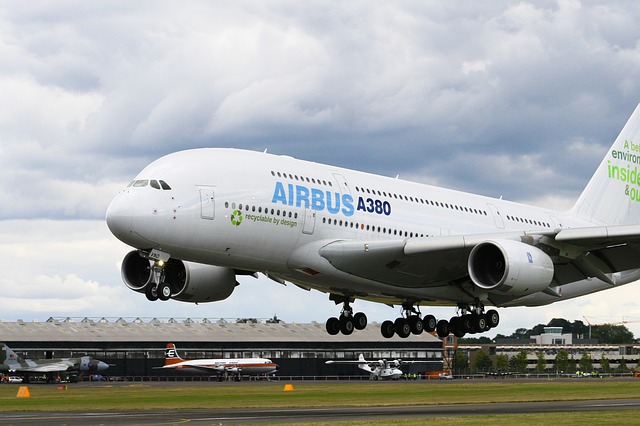 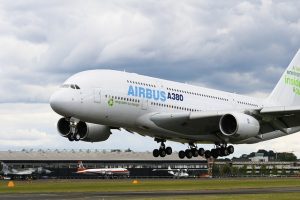 Airbus holds the title of being the world’s largest aerospace manufacturing company. It manufactures and delivers more airplanes per year than all other companies, including Boeing. In 2019, Airbus delivered over 800 airplanes, which was 8% more deliveries than it had in 2018.

While most of its airplanes use combustion jet engines, Airbus is currently developing a series of liquid hydrogen airplanes. In September 2020, the aerospace manufacturing company unveiled concepts for three airplanes that are powered by liquid hydrogen. Collectively known as “ZEROe,” Airbus says they will become the world’s first zero-emission commercial airplanes.

Airbus has developed a proprietary numbering system for its airplanes. Each airplane is given an alphanumeric string for its model number, which is followed by a dash and then a three-number code. Other aerospace manufacturing companies use a different numbering system. Nonetheless, Airbus’s numbering system makes it easy for airplanes, as well as other organizations and individuals, to identify its airplanes.

#4) Over a Dozen Subsidiaries

As the world’s largest aerospace manufacturing company, it shouldn’t come as a surprise to learn that Airbus has over a dozen subsidiaries. These are companies that are owned — either partially or wholly — by Airbus. Some of its subsidiaries include Airbus APWorks, CRISA, Dornier Consulting, Satair, Stelia Aerospace, Airbus Academy and Airbus Transport International.

#5) The A320 Was the First Fly-By-Wire Commercial Airplane

#6) Develops Airplanes for the Military

In addition to manufacturing airplanes for civilians and commercial airlines, Airbus manufactures airplanes for the military. It’s one of the leading suppliers of military airplanes. Airbus has contracts in place with several militaries, including the U.S. military, to supply jets, helicopters and other aerospace vehicles.