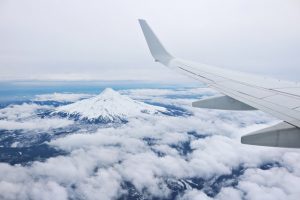 Wings are an essential part of an airplane. All airplanes have wings. As flight control surfaces, wings are responsible for production lift, which keeps airplanes in the air. Most airplanes, however. don’t have flat wings. When inspecting the ends of an airplane’s wings, you’ll probably notice they are angled. This post explores six of the most common types of wingtips.

Finally, there are canted wingtips. The term “changed” refers to an angle in which one side of an object is slated Canted wingtips follow this same definition. They are slated away from the wings with which they are used. You can find canted wingtips on some of the world’s most popular airplanes, including the Boeing 747 as well as the 747-700. It’s believed that the use of canted wingtips increased the range of the Boeing 747-400 by over 3%.

Learn How Monroe Can Help Your Aviation Business!