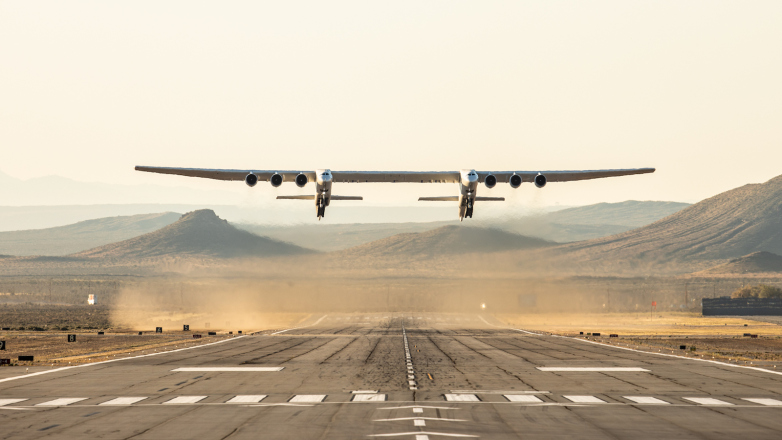 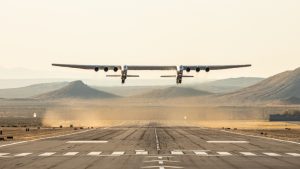 So, just how big is the Stratolaunch? Reports show that it measures 385 feet from one wingtip to the opposite wingtip. To put that number into perspective, the Boeing 787-8 airliner has a wingspan of just 187 feet, making the Stratolaunch over twice the size of its Boeing counterpart.

The Stratolaunch won’t be used as a commercial airliner for shuffling passengers from point A to point B. Rather, Stratolaunch Systems says that it’s building the new jumbo-sized airplane to carry payloads into orbit. When finished, the aerospace manufacturing company hopes to use the Stratolaunch to send satellites and other payloads into Earth’s orbit.

Stratolaunch Systems has been working on the massively sized Stratolaunch for over eight years, but it appears the company’s hard work has finally paid off. “All of you have been very patient and very tolerant over the years waiting for us to get this big bird off the ground, and we finally did it,” Stratolaunch CEO Jean Floyd said during a press event shortly after the flight test. Floyd went on to reveal that the Stratolaunch reached an altitude of roughly 17,000 feet, with a speed of about 189 miles per hour, during the two-and-a-half-hour test flight.

Boeing to Deliver Refueling Tankers to US Air Force Before 2019