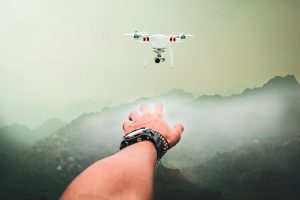 The Federal Aviation Administration (FAA) is taking new steps to regulate the drone market. Also known as unmanned aerial vehicles (UAVs), drones have become increasingly popular in recent years. There are now more than 1 million drones operating over U.S. skies, and the FAA says this number will increase to 7 million by 2020.

Drones are used for a variety of purposes, including both recreational and commercial purposes. Consumers pilot them for fun, flying drones around beautiful landscapes to snap photos and record videos. Business owners, on the other hand, use them to survey construction sites, monitor crops, perform professional photography and videography services, and more. Soon, however, drone pilots may be required to place a license plate on their drone so that the FAA and other government institutions can identify it more easily.

Earlier this month, the FAA unveiled plans to  require drone owners to place a license plate on their drone. While details regarding this new requirement remain unknown, the license plate is believed to work like an automobile’s license plate by featuring a unique identification code that’s associated with the drone.

Under the FAA’s current guidelines, drone pilots are required to register their drones with the FAA. The FAA says that more than 1 million pilots have registered their drones since this rule was enacted. However, the FAA is now going one step further by requiring drone pilots to place a license on their drones.

The FAA revealed some information about the new license requirements for drones on the White House website, explaining that the FAA will provide drones with a unique identifier during the registration process. The FAA also said that drones must display this unique identifier on the outside. They cannot display it inside the device where it’s not visible.

“This action would require small unmanned aircraft owners to display the unique identifier assigned by the FAA upon completion of the registration process on an external surface of the aircraft,” wrote the FAA on the official White House website. “Small unmanned aircraft owners would no longer be permitted to enclose the unique identifier in a compartment.”

So, what’s the purpose of these license plates? The license plates are designed to help the FAA and other government institutions track and identify drones more easily. With drones becoming more popular, the risk of midair collision with manned aircraft increases. By requiring drones to feature a license plate, the FAA can see exactly who owns which drones operating in the skies.