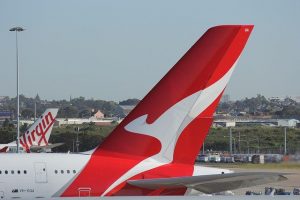 What Is a Vertical Stabilizer?

Airplanes are typically designed to mimic the natural flight mechanics of birds. Birds have wings that, like an airplane’s wings, create lift as they fly. When a bird flies, air flows over its wings to create lift. Airplanes use this same mechanic by relying on horizontal wings to create lift. With that said, most birds don’t have a vertical tail. As a result, you might be wondering why airplanes need a vertical tail.