Why Airplanes Use Kerosene Rather Than Plain Gasoline for Fuel 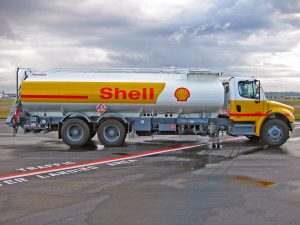 From small airplanes like the Cessna to large twin-engine jets like the Airbus A380, all combustion-powered airplanes require fuel to operate. Like combustion-powered automobiles, they burn fuel to create the power needed to achieve and maintain a safe flying speed. While there are several types of aviation fuel, though, most consist of kerosene. So, why do airplanes use kerosene rather than plain gasoline for fuel?

Kerosene has a lowering freezing point than gasoline, making it naturally protected against freezing in otherwise bone-chilling temperatures. Kerosene itself is actually a mixture of petroleum-based hydrocarbons and other compounds. Therefore, the precise freezing point of kerosene fuel varies. But regardless, it takes cooler temperatures for kerosene to freeze than it does for gasoline to freeze.

In addition to a lower freezing point, kerosene has a higher flash point than gasoline. Flash point refers to the temperature at which a combustible chemical or substance ignites and turns to vapor. With its higher flash point, kerosene offers higher octane ratings to achieve greater power and efficiency when compared to its gasoline counterpart. In fact, this is the main reason kerosene fuel is used in airplanes. For decades, airplanes originally used gasoline. The need for higher-octane fuel, however, prompted aviation experts to experiment with alternative types of fuel, thus paving the way for kerosene. Today, kerosene is now the most common type of fuel used in airplanes.

Kerosene has a lower viscosity rating during flight operation than gasoline, meaning it’s more watery and not as thick or “gummy” as gasoline. This is important because highly viscous fuels can clog up internal channels in an airplane’s engine. But since kerosene has a lower freezing point than gasoline, it remains more watery and less viscous than gasoline during flights. Even at high altitudes with naturally cold temperatures, kerosene has minimal viscosity, allowing it to easily travel through the airplane’s engine and connected components.

Considering that large commercial airplanes like the 747 burn roughly 1 gallon of fuel per minute, it’s important for airlines to consider the cost of fuel. The good news is that kerosene is significantly cheaper than gasoline. In some cases, kerosene may cost less than half the price of gasoline. Along with its lower freezing point, higher flash point and lower viscosity, this is one more reason why kerosene has become the preferred type of fuel in the aviation industry.