What Type of Fuel Do Airplanes Use? 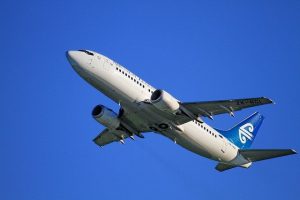 It’s no secret that most airplanes run on fuel. While advancements have been made in the field of alternative energy, the majority of private and commercial airplanes alike are powered by fuel. They burn fuel inside their engines’ combustion chambers to generate propulsion. Airplanes, however, don’t use the same fuel as cars, trucks and other automobiles. They require a specific type of fuel to maximize performance and efficiency.

The Basics of Airplane Fuel

With the exception of piston-based airplanes, most airplanes use kerosene fuel. There are several different formulas available, the most common of which being Jet A-1. Also known as JP-1A, it’s used in most jet engine airplanes. Jet A-1 consists primarily of kerosene with a small concentration of additives. These additives serve as preservatives that protect jet engines from damage.

The Benefits of Kerosene Fuel

A low freezing point is important because of the high altitudes at which airplanes fly. Most commercial airplanes have a cruising altitude of about 33,000 to 42,000 feet above sea level. At this altitude, the air becomes significantly colder than that of the air near the ground. Thanks to the low freezing point of kerosene, it can withstand these harsh and cold environmental conditions without freezing.

Another reason airplanes use kerosene is to save money. Kerosene is cheaper to produce than gasoline. With a lower cost of production, kerosene usually costs less than gasoline as well. And considering that commercial jets can hold thousands of gallons of fuel, this makes kerosene an attractive choice among commercial airlines.