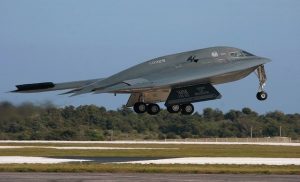 Wings are an important element of an airplane that are responsible for creating lift. As the airplane’s engines produce lift, air will flow over the top of its wings, resulting in an upward-pulling force that’s known as lift. Without wings, an airplane might be able to move forward, but it wouldn’t be able to stay in the air. With that said, not all airplanes have fixed wings. Some have blended wings that feature a unique webbed design. So, what is a blended-wing airplane?

Also known as a hybrid-wing body airplane, a blended-wing airplane is a type of airplane that’s characterized by webbing around the wings. They receive their namesake “blended wing” namesake from their wings that “blend” into their body. Most airplanes, of course, have well-defined wings with straight lines. Blended-wing airplanes, on the other hand, have webbing around their wings, allowing them to blend into the body.

The Future of Blended-Wing Airplanes