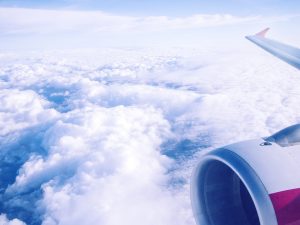 Even if you’re unfamiliar with aviation mechanics, you’ve probably heard the word “stall” before. From small single-engine rotary airplanes to massive twin- or four-engine commercial jets, stalling is a problem to which all airplanes are susceptible. During flight, an unexpected stall can pose a significant threat to the airplane and its passengers. But the good news is that most airplanes have safety systems in place to control and eliminate stalls.

The Basics of Stalls: What You Should Know

A common misconception is that stalls are attributed to a mechanical problem in an airplane. In cars, trucks and other ground-based automobiles, an engine stall is, in fact, a mechanical problem. When an automotive engine stops turning and no longer produces power, it’s called a “stall.” In airplanes, however, stalls have a completely different meaning.

When an airplane stalls, it’s no longer able to produce lift. This isn’t due to a mechanical problem, such as a failing engine. Rather, airplanes experience stalls when the angle at which they enter the wind current is greater than the critical angle of attack. When this occurs, there’s an insufficient amount of air traveling under the airplane’s wings to keep it up. As a result, the airplane will drop, thereby reducing its altitude, until the angle of attack is correctly adjusted.

While most stalls are attributed to an angle of attack that’s greater than the critical angle of attack, this phenomenon may also occur if the airplane’s speed is too low. With that said, the pitch of an airplane can also affect whether airspeed will cause a stall. An airplane gaining altitude at a high pitch may stall at a lower airspeed than an airplane flying horizontally at a flat pitch.

Some of the most common signs of a stall include the following:

How Do Airplanes Turn When Flying?