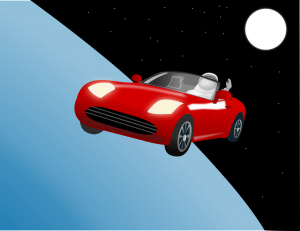 It’s been over a year since SpaceX launched its Tesla Roadster vehicle into space. On Feb. 6, 2018, the aerospace manufacturing company launched the Tesla Roadster, complete with a dummy astronaut, aboard a Falcon Heavy falcon from the Kennedy Space Center in Florida. Since then, the all-electric vehicle has completed a full trip around the sun.

If you watched SpaceX launching the Tesla Roadster into space last year, you may recall the private aerospace manufacturing company livestreaming the project. It was one of the most-watched aerospace events in the past decade. During the launch, SpaceX turned on the Roadster’s radio to play “Life on Mars” by rock legend David Bowie. SpaceX even installed cameras inside the Roadster to stream footage back to Earth so that everyone could experience this historic event.