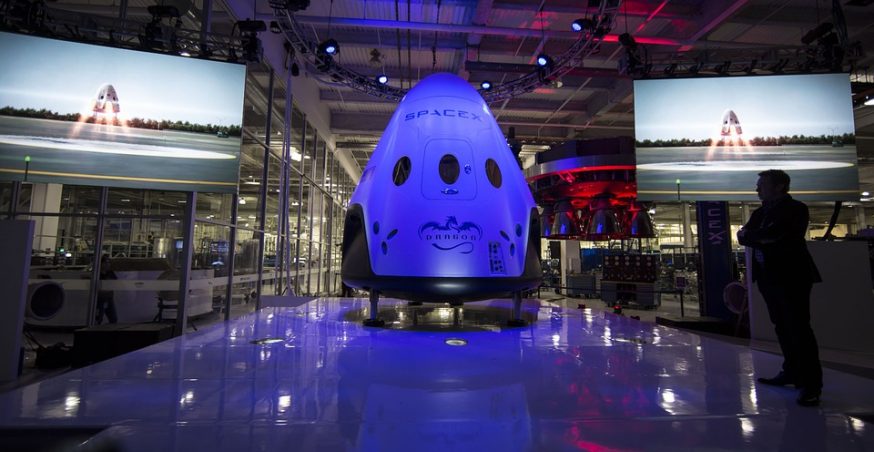 SpaceX has successfully completed a test launch for a prototype of its Starhopper Mars rocket. At roughly 6:00 p.m. (EST), the Starhopper lifted off a launchpad in Brownsville, Texas before reaching an altitude of 500 feet. While SpaceX has conducted similar launch tests for Starhopper in recent months, this was the highest test flight of its innovative Mars rocket.

Of course, this latest test flight didn’t go exactly as planned. SpaceX has originally scheduled the launch for Monday, but engineers were forced to postpone it due to engine problems. When engineers set up the Starhopper on the launch pad on Monday and prepared it for launch, the engines didn’t fire. As a result, engineers pushed back the launch date until Aug. 27.

And because of the Starhopper’s massive power, SpaceX issued a warning to local residents saying that the launch could result in broken windows. Some residents even evacuated their homes shortly before the launch occurred.

The good news is that SpaceX was able to successfully launch the Starhopper prototype on Aug. 27. Unlike the previous test flight, Starhopper was able to lift off the launchpad this time around. Engineers say Starhopper climbed to an altitude of 500 feet. After achieving this altitude, the Mars rocket hovered in midair for about 60 minutes before re-firing its engines to slowly and gracefully land on the ground.

What is Starhopper exactly? Starhopper is the name of the rocket being developed by SpaceX that the aerospace company plans to use as the launch vehicle for its reusable space vehicle Starship. It’s no secret that SpaceX has bold plans for space exploration, one of which involves sending human astronauts to the Red Planet. CEO Elon Musk has even said that it’s possible to complete a manned Mars mission by 2020. While that may sound like an optimistic timeline, SpaceX is now one step closer towards achieving its goal.

Starhopper will act the launch vehicle for the aerospace company’s Starship vehicle. SpaceX began constructing the first Starhopper prototype in December 2018. Just a few months later, it had completed the frame and body. As SpaceX places the finishing touches on Starhopper, it must now test the rocket’s propulsion system. Starhopper isn’t just a single-use launch system. Rather, it can be reused multiple times. As a result, it could prove to be a smart investment for the private aerospace company.

You can check out a video of the Starhopper’s recent test flight by clicking this link.