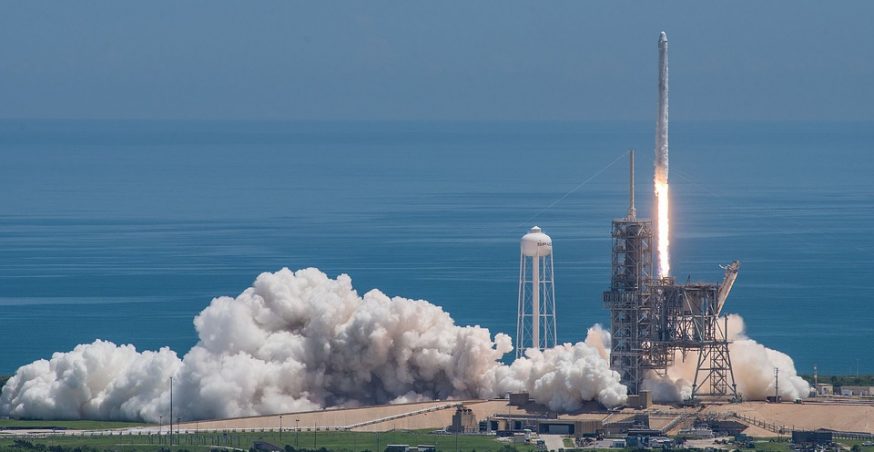 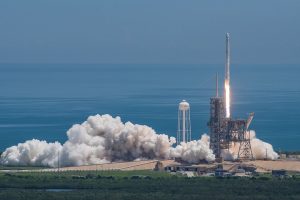 Space Exploration Technologies Corp, or what’s more commonly known as SpaceX, has made great strides in the field of aerospace technology. In 2008, the company successfully fires a liquid-fueled rocket into orbit. This was a monumental milestone given the fact that no other privately funded company has performed such a launch. And in 2010, SpaceX became the first privately funded company to send cargo to the International Space Station (ISS). Well, it appears that SpaceX is about to send another rocket to the ISS, only this time it will use a previously flown Falcon 9 rocket.

SpaceX has touted its Falcon 9 rocket as a cost-effective alternative to traditional rockets. This is largely because of its ability to be reused. Designed by SpaxeX, it’s the world’s first partially reusable launch system. After launch, part of the Falcon 9 is recovered and prepped for use in future launches.

Earlier this month, NASA announced that it had chosen SpaceX to launch a cargo ship carrying 2.5 tons of equipment and supplies to the ISS on December 8. SpaceX is expected to use a previously flown Falcon 9 rocket for this launch.

The December 8 launch is expected to take place at SpaceX’s 15-story launch pad in Florida. Assuming everything goes as planned, this will mark the fourth successful launch of a previously flown SpaceX rocket.

“SpaceX did a test program and did an analysis program to determine which seals or pieces should be replaced, and which should not be replaced,” said  Bill Gerstenmaier, associate administrator of NASA’s human exploration and operations directorate. “So it wasnt just pick these particular components. They did it based on analysis that they have. We reviewed that analysis and (those) tests, and determined that they were looking at the appropriate items and that they took the appropriate action to go change them out.”

It’s important to note that only the first stage of the Falcon 9 rocket is reusable. SpaceX had initially announced plans to make both stages reusable. Results from early test flights, however, deemed unsuccessful. Therefore, SpaceX took a different approach to the Falcon 9’s design, focusing strictly on making the first stage reusable.

Of course, NASA isn’t the only organization that’s eager to use SpaceX’s previously flown rockets. Space Systems/Loral, Iridium and Spacecom Ltd. have all agreed to use the Falcon 9’s boosters. Because the Falcon 9s have been used in the past, companies can buy them at a lower price than a new, unused rocket.