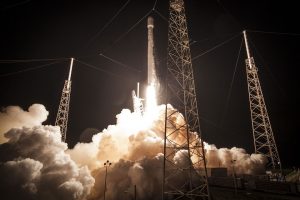 SpaceX has resumed its commercial spaceflight operations, the first in four months since its failed attempt in which its rocket exploded on a launch pad off the coast of Florida.

The successful launch came on January 8, with the SpaceX Falcon 9 lifting a nearly a dozen Iridium telephone satellites into Earth’s orbit. This launch was particularly important, as it gave investors confidence in the company’s commercial space program while reassuring the public that the technology works.

Just last September, SpaceX experienced a massive explosion as it attempted to launch a booster. After scouring through heaps of video footage, control sensor data and other evidence, investigators believe the problem was caused by cold oxygen in the booster’s second second that had somehow made its way underneath the carbon fiber shell of a high-pressure helium tank; thus, creating a rupture in the tank and ultimately sending it up in flames. The explosion is believed to destroyed the rocket and a $200 million satellite that was being lifted on behalf of Facebook, Inc.

In an effort to prevent another explosion, SpaceX engineers had made several changes to the January launch of the Falcon 9, including loading the RP-1 fuel and liquid oxygen sooner in the countdown so the temperature around the helium tanks rose just slightly. Engineers had tested this configuration earlier and did not notice any anomalies.

Following the countdown on Saturday, the 229-foot-tall Falcon 9 fired all nine of its first-stage engines, lifting it above Earth’s atmosphere from the launch pad in Los Angeles. Reports indicate that its first-stage engines were killed about 2 minutes and 30 seconds following the launch. Once that occurred, the remaining engine to continue powering the second stage with some 210,000 pounds of thrust power.

When speaking about the launch, Iridium CEO said Matthew Desch explained that the launch is critical to his company. With current telephone satellite systems becoming obsolete, Iridium is investing heavily into replacing them with newer, more advanced models. But in order to replace these satellites, it must use the services of a commercial space company like SpaceX, which launches the satellites into orbit.

“Frankly, it means our future, because we have to replace this network anyway,” Iridium CEO Matthew Desch said in an interview with CBS News last year. “I often think of it as one of the biggest tech refreshes in the world right now, with a new $3 billion constellation.”