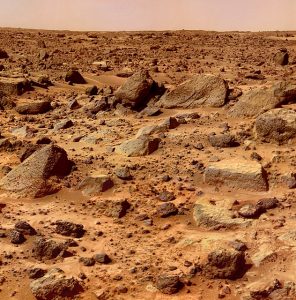 The National Aeronautics and Space Administration (NASA’s) Perseverance rover has collected the first of many rock samples from Mars. NASA made the announcement on September 6, 2021. According to NASA, Perseverance successfully collected rocks from the Jezero Crater. The sample is currently encased in a titanium tube, which will preserve the rocks until they can be retrieved.

NASA has developed several Mars rovers, the latest of which is Perseverance. Manufactured in partnership with Jet Propulsion Laboratory, it’s a car-sized vehicle that’s designed to roam the Red Planet while analyzing the atmosphere and terrain. One of the primary objectives of Perseverance is to determine whether Mars is capable of supporting life.

NASA launched Perseverance on July 30, 2020. About a half-year later, it successfully touched down on Mars. Since then, NASA has been controlling Perseverance remotely by guiding it around the Red Planet. During its recent mission, Perseverance collected rock samples from Mars.

About the Rock Sample Collecting Mission

Collecting rock samples may sound like an easy enough task. NASA, however, didn’t want to collect rocks from the surface of Mars. Rather, it wanted to collect them from below the Martian surface.

For this mission, Perseverance used a drill arm to dig into an area of the Jezero Crater. After drilling a hole, Perseverance pulled out a tube-shaped sample of rocks. NASA engineers were able to confirm the mission was a success by monitoring a live video feed. Perseverance streamed footage of the rock collection mission in real time.

“Just as the Apollo Moon missions demonstrated the enduring scientific value of returning samples from other worlds for analysis here on our planet, we will be doing the same with the samples Perseverance collects as part of our Mars Sample Return program,” said NASA’s Thomas Zurbuchen when speaking about the Perseverance’s latest mission.

How NASA Plans to Collect the Rock Sample

Considering that Mars is about a quarter-million miles away from Earth, you might be wondering how NASA plans to collect the rock sample. Perseverance currently doesn’t have the capability of transport itself or any of its samples back to Earth. Nonetheless, NASA is still planning to retrieve the samples collected by Perseverance.

To collect rock samples, including the latest sample, NASA will send another robot to Mars in the future. The purpose of this robot will be to pick up the samples and launch them into the Red Plant’s orbit. From there, a spaceship will retrieve the samples and send them back to Earth.