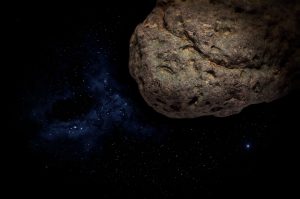 NASA has announced plans to streamline the exploration of a metal-rich asteroid.

Dubbed “16 Psyche,” the asteroid is believed to contain large amounts of nickel-iron metal. So much, in fact, that researchers value it at roughly $10,000 quadrillion — and that’s only accounting for its iron. While NASA hasn’t expressed interest in mining the massive floating rock, it does plan to explore and research it.

In terms of size, 16 Psyche is about 150 miles in diameter. While that may seem large, it’s actually relatively small compared to other asteroids in the same belt. The largest asteroid, Ceres, has a diameter of 587 miles. So, what makes 16 Psyche such an attractive choice of exploration for NASA? It’s no asteroid’s size, but rather it’s composition of nickel-iron. Assuming NASA is successful with its project, this would be the first time that NASA or any other space organization has explored a rock made of near-solid iron.

Originally, NASA had planned to explore 16 Psyche by 2023, but according to a recent announcement the agency is now aiming for a project date of summer 2022. Furthermore, NASA’s probe — which has already launched — is expected to arrive four years earlier than NASA had originally planned.

When speaking about the project, NASA’s Lindy Elkins-Tanton explained that 16 Psyche is a “strange object,” and that even if mining the asteroid was possible, there are questions about what to do with it. Bringing back such a massive amount of metal to Earth could disrupt global economies.

“It’s such a strange object. Even if we could grab a big metal piece and drag it back here … what would you do?” said Lindy Elkins-Tanton, lead NASA scientist. “Could you kind of sit on it and hide it and control the global resource – kind of like diamonds are controlled corporately – and protect your market? What if you decided you were going to bring it back and you were just going to solve the metal resource problems of humankind for all time? This is wild speculation, obviously.”

Nonetheless, asteroid mining is something that NASA, SpaceX, and other space exploration organizations are looking into. It probably won’t happen next year or even ten years from now. Eventually, however, experts say that humans will be mining asteroids around Earth for precocious metals.