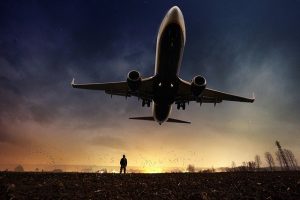 All airplanes require one or more engines. Engines are responsible for generating propulsion, which along with lift, allows airplanes to safely traverse the skies. While some airplanes have jet engines, though, others have reciprocating engines. Jet engines and reciprocating engines are both used to generate propulsion by consuming energy. Nonetheless, they are two different types of airplane engines with their own unique properties.

What Is a Jet Engine?

A jet engine is a type of airplane engine that’s characterized by a jet-based method of propulsion. Most jet engines have an internal combustion chamber. Within this combustion chamber, they burn a mixture of jet fuel and air. As these elements burn, they create byproduct gases that are released out of the back of the jet engine. The fast speed at which these byproduct gases are released then propels the airplane forward.

What Is a Reciprocating Engine?

Differences Between Jet and Reciprocating Engines