Hydrogen Fuel to Usher in a New Era of Aviation 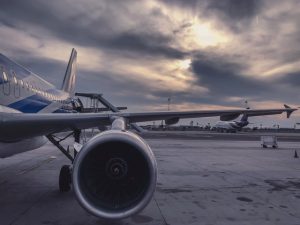 The type of fuel that jet airplanes burn to generate propulsion may soon change. For decades, most jet airplanes have relied on a special type of kerosene fuel. Simply known as jet fuel, it a has low boiling point and freezing point. They burn a mixture of jet fuel and air within their engines’ combustion chambers. As the exhaust gases shoot out of the back of the engines, it propels the airplanes forward.

While jet airplanes will likely continue to use jet fuel for many years to come, some aerospace manufacturing companies are looking to use hydrogen fuel as an alternative. Hydrogen fuel is still burned within the engines’ combustion chambers — just like jet fuel. It features an entirely different composition, however, that makes it an attractive alternative.

What Is a Hydrogen Fuel?

Hydrogen fuel is a type of gas that, as the name suggests, consists of hydrogen. Hydrogen is the third-most abundant element on Earth, surpassed only by oxygen and silicon. It consists of a colorless and odorless gas, which some aerospace manufacturing companies want to use as fuel.

What benefits do hydrogen-powered airplanes offer? Perhaps the biggest benefit is that it’s clean. Traditional jet fuel is a type of fossil fuel that, like other types of fossil fuels, produces emissions when burned. As jet airplanes burn jet fuel, they’ll release emissions. Hydrogen fuel doesn’t produce any emissions. Hydrogen is a clean fuel type that burns without producing any emissions. The clean-burning properties of hydrogen fuel make it an attractive alternative to traditional jet fuel.

In addition to its clean-burning properties, hydrogen fuel packs a powerful punch. It can propel airplanes through the air just like jet fuel.