How Fuse Boxes Work in Airplanes 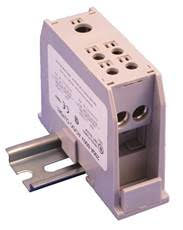 Fuses are commonly used in the electrical systems of airplanes. Up until the mid-1960s, in fact, they were the primary form of protection for electrical devices in airplanes. While many modern airplanes now feature circuit breakers, fuse boxes aren’t obsolete. Aerospace manufacturers still use them when designing and building airplanes. What are fuse boxes exactly, and how do they work in airplanes?

What Is a Fuse Box?

A fuse box is exactly what it sounds like: a box that contains multiple fuses. They are available in different sizes. Some fuse boxes also support more or fewer fuses than others. Regardless, all fuse boxes are physical enclosures for fuses.

How Fuse Boxes Work in Airplanes

In airplanes, fuses — as well as the fuse box in which they are placed — are installed between a power source and electrical devices. Fuses have a voltage rating. The voltage rating represents the maximum voltage that can travel through the fuse. If the voltage exceeds this rating, the fuse will blow. This typically involves a filament within the fuse melting, thus breaking the connection.

Fuses don’t prevent excess voltage from occurring. Rather, they are used to prevent excess voltage from reaching electrical devices. As previously mentioned, fuses will blow if exposed to a voltage that’s higher than the voltage for which they are rated. The electrical device or devices connected to the fuse will no longer receive electricity, so they’ll be protected from damage.

With a fuse box, fuses are easier to manage in airplanes. Most airplanes use one or more circuit breakers for their main electrical devices. For nonessential electrical devices, though, they may use a fuse box. The fuse box will consolidate all of the airplane’s fuses into a single area. If a blown fuse occurs, a mechanic can access the fuse box to locate and replace it with a new fuse of the same type.