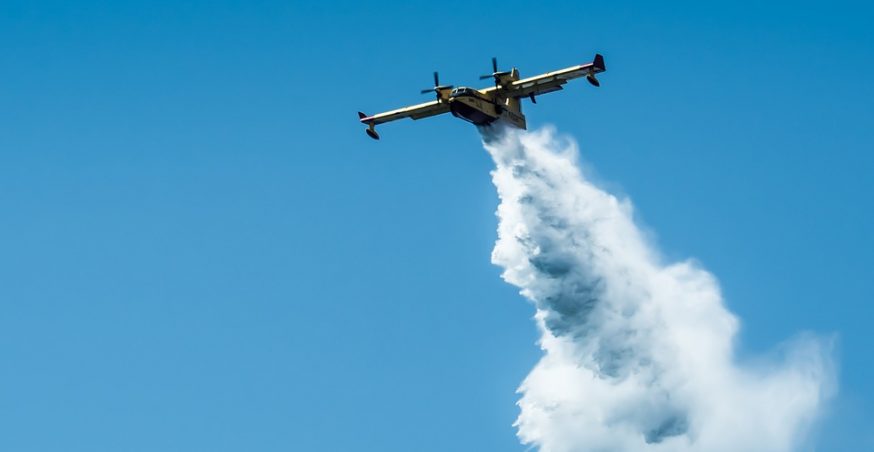 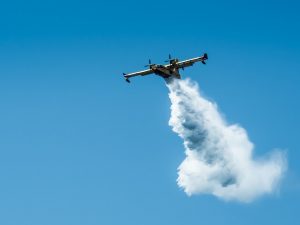 Ground forces are just one tool used to prevent, control and extinguish wildfires. While essential to firefighting operations, air forces are equally as important. It’s not uncommon for states and municipalities to use airplanes to fight wildfires. Unless you’re familiar with these firefighting airplanes, though, you might be wondering how exactly they work.

Airtankers, also known as waterbombers in Canada, are among the most common type of firefighting airplanes. These fixed-wing aircraft feature large tanks that carry thousands of gallons of water or fire-retardant liquid. Ground forces typically relay the target location of a fire to the pilot, at which point the pilot will fly the airtanker over the respective area to release the water or retardant. Once the water or retardant has been released, the pilot must return to base to resupply before going back out to fight the wildfire.

According to Wikipedia, the largest firefighting airplane ever used is the Boeing 747. Typically used as a commercial airliner, Boeing has designed one of its 747 jets specifically for firefighting. Known as the Global Supertanker, it’s capable of carrying nearly 20,000 gallons of water or fire-retardant liquid in a pressurized tank. It was first used to fight a wildfire spreading through Spain in 2009. That same year, Boeing’s Global Supertanker was also used to fight the Oak Glen Fire.

There are several benefits of using airtankers to fight wildfires. First, aircraft can reach remote areas that’s difficult or impossible for ground crews to reach. If there’s a wildfire across a mountain or swamp, for example, ground crews may struggle to reach it. Using an airtanker, however, firefighters can safely access wildfires in remote areas without relying on ground crews.

Airtankers are also able to target the center of a wildfire — something that ground forces cannot do. Pilots can fly their airtanker directly over the center of wildfire to release water or fire-retardant liquid. This isn’t possible with ground forces due to the risk of injury and fatality.

Of course, airtankers are just one type of firefighting aircraft. Some crews also use helicopters to drop large buckets of water or fire-retardant liquid on wildfires. These helitankers typically feature a bucket that can be refilled by lowering the helicopter over a body of water, such as a lake. This refills the helicopter’s bucket with water, allowing the pilot to return to fight the wildfire. Some of the most common helitankers include the Boeing Vertol 107, Bell 204 and Bell 212.