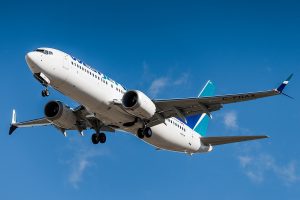 Fiji Airways has added a brand-new Boeing 737 MAX 8 to its fleet of commercial jet. Earlier this month, the Asia-Pacific country announced that it had received first of five purchased 737 MAX jets. Due to the significance of this delivery, Fiji Airways even gave the new 737 MAX jet a name: the “Island of Kadavu,” a reference to the fourth-largest island in Fiji.

The 737 MAX is a family of narrow-body jets produced by aerospace manufacturing company Boeing. It’s actually the fourth generation of Boeing’s well-known 737 line, with the previous generation being the Boeing 737 Next Generation (NG). Boeing officially launched the 737 MAX family on August 30, 2011. However, it wasn’t until several years later in 2016 when the first 737 MAX jet performed a live test flight. In 2017, Boeing’s new family of narrow-body jets received certification from the U.S. Federal Aviation Administration (FAA).

“We are delighted to welcome Fiji Airways to the MAX family of operators and we are thrilled they will be the first 737 MAX operator in the Pacific Islands. We are honored by their continued partnership and confidence in Boeing products. The market-leading efficiency of the MAX will pay immediate dividends for Fiji Airways and will help them improve their operation and route network,” said Boeing’s Ihssane Mounir in a press release announcing the 737 MAX’s delivery to Fiji Airways.

Fiji Airways is the country’s signature commercial airline. It currently runs flights to Australia, Japan, Singapore, New Zealand and the United States. Now that it has new Boeing 737 MAX 8 added to its fleet, it will likely retain its status as being Fiji’s dominant airline. But this isn’t the only 737 MAX jet that Fiji Airways is planning to add to its fleet. In addition to the “Island of Kadavu,” Fiji Airways says its awaiting delivery of four additional 737 MAX jets. It’s unknown when Fiji Airways will incorporate these new jets into its fleet, though delivery is expected to happen sometime next year.