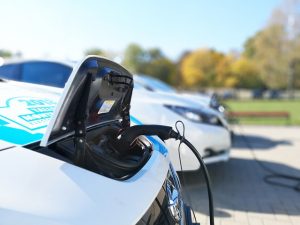 The U.S. Federal Aviation Administration (FAA) has its eyes set on creating cleaner airports with fewer emissions. In August 2021, the FAA announced a series of grants to fund various airport projects, many of which seek to reduce airport emissions.

To say there are a lot of airports in the United States would be an understatement. Reports show that there are currently over 5,200 public airports in the United States. Some of these airports are major international airports, whereas others are small local airports. Regardless, airports require land vehicles. Passengers often drive to airports, and upon reaching an airport, passengers often take a shuttle bus around the facility.

The FAA’s new emissions-reduction initiative is part of the American Rescue Plan. With this initiative, the FAA will fund projects to curb emissions at many of the country’s airports. The Charlotte/Douglas International Airport, for instance, will receive nearly $6 million for the purpose of all-electric vehicles as well as charging stations. All-electric vehicles are vans, as well as other land-based vehicles, that are powered by an electric engine. They don’t have a combustion gas engine, nor do they produce and release emissions. As a result, all-electric vehicles are an environmentally friendly alternative to their gas counterparts. The FAAwill fund both electric vehicles and charging stations at several airports throughout the United States, including the Charlotee/Douglas International Airport.

“Transportation might be the biggest emitter of CO2, but that means we have the opportunity to be a big part of the solution,” said FAA Administrator Steve Dickson when announcing the new grants. “These grants put us on the right path to build a more sustainable aviation system.”