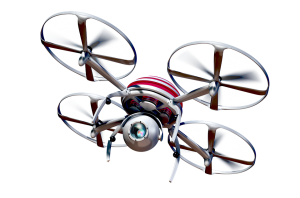 Bird strikes consistently rank as one of the biggest threats to pilots, crewmembers and passengers. Also known as a bird aircraft strike hazard (BASH), it’s characterized by a midair collision between a bird or a bat and an aircraft. According to the International Civil Aviation Organization (ICAO), more than 65,000 bird strikes have been reported from between 2011 to 2014. The Federal Aviation Authority (FAA) also says that 177,269 bird strikes have been reported involving civil aircraft between 1990 to 2015. Based on these statistics, the number of reported bird strikes has grown by approximately 38% during this period.

However, a recent study conducted by the FAA cites a relatively new threat as being even an even greater threat than bird strikes: drones. The FAA says that drones cause more structural damage to airplanes than birds and bats of the same size due to their engines, batteries and other components. Whether it gets sucked into an aircraft’s jet engine or simply hits the body, a drone will cause more damage than a bird or bat of the same size — and that’s why the FAA is raising awareness of the issue.

For the study, researchers from several esteemed universities examined reports of aircraft-related drone strikes. After crunching the numbers, they concluded that drones pose a greater risk to pilots, crewmembers and passengers than bird strikes. This is pretty remarkable considering that a bird strike brought down US Airways Flight 1549, forcing it to make an emergency landing on the Hudson River.

The FAA says it receives about 250 drone sightings a month involving potential collisions with aircraft. Not every drone poses a threat, however. It’s only when drones are flown around airports when they pose a risk to the pilot, crewmembers and passengers. Normally, drones are flown too low to make contact with an aircraft. Of course, takeoffs and landings are an exception. When an aircraft takes off or lands, it’s typically low enough to encounter a drone — and that’s wherein the problem lies. If the aircraft hits a drone in midair, it can cause serious, potentially catastrophic damage.

As explained by CNN, more than 770,000 drones have been registered in the United States. The FAA began requiring drone operators to register their drones back in 2015. Currently, operators of drones weighing more than 0.55 pounds must register their drones when the drone is being used for commercial purposes (e.g. filmmaking). Registration costs a nominal $5 and is good for three years, after which the operator must pay an additional fee.