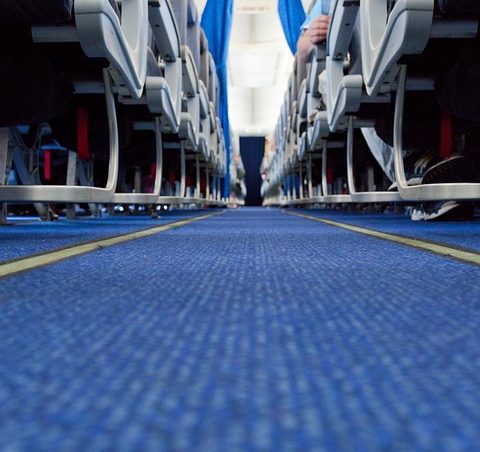 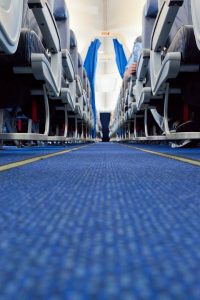 If you regularly travel via commercial airline, you’ve probably noticed how little legroom they offer. Unless you fly first class, you’ll be packed into the cabin along with dozens or even hundreds of other passengers. The good news, however, is that relief may be on the horizon. The U.S. Congress recently approved a Federal Aviation Administration (FAA) bill that, among other things, targets the growing concern over the shrinking legroom in airplanes.

The FAA bill doesn’t specifically require airlines to increase legroom for passengers. Rather, it requires the FAA to evaluate and assess the problem to determine a “safe” amount of space for passengers. There are a few problems with limited legroom in airplanes, one of which involves health problems like poor circulation and muscle cramps. Many passengers complain that they are unable to move their legs when flying, resulting in poor circulation, muscle cramps and other musculoskeletal disorders (MSDs).

There’s also the issue of evacuation. When passengers are crammed together in a small airplane, it can take longer for them to evacuate in the event of an emergency. If an airplane catches fire while it’s on the runway, passengers need to be able to evacuate as quickly as possible. Otherwise, there’s a greater risk of injury or death.  The limited legroom in most airplanes, however, can prevent passengers from safely evacuating in a timely manner.

These are issues that the FAA will evaluate as part of the new Congress-backed bill. As noted in the bill, the FAA has one year to determine how much space passengers need for their safety.

According to The New York Times, most U.S.-based airlines have about 30 inches of space separating their economy-class seats. Some, however, have as little as 28 inches. Either way, it’s not a lot of space — and that’s something that the FAA may change.

When speaking about the new FAA bill, the ICF’s Samuel Engel explained that if the FAA creates a new minimum space requirement for airplanes, it will likely follow in the same path as other airlines. “If they come up with a minimum seat regulation, that minimum will mirror the minimum in the market today,” said Samuel Engel of the ICF. “So it won’t make things better.” The FAA’s job, however, is to create a safe flight experience for pilots, flight attendants and passengers. If it determines that there’s not enough space for passengers and crew to safely evacuate during an emergency, it may require airlines to expand their seat space.