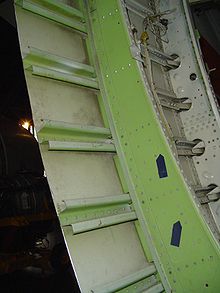 The fuselage is a critical component in aircraft. Typically found in the middle section, it’s responsible for securing crew, passengers and cargo. Depending on the number of engines the aircraft has, it may contain the engine as well. Furthermore, the fuselage works to position and stabilize the aircraft for improved performance and maneuverability. But there are many different types of aircraft fuselage, some of which we’re going to explore in this blog post.

Often used in lightweight aircraft, a truss structure fuselage is typically made of welded steel tube trusses (though it can also be made of wood). They are often rounded and feature lightweight stringers to achieve a greater aerodynamic shape.

Used for the British Vickers during World War II, geodesic fuselage structures seek to enhance the aircraft’s shape to reduce drag and improve speed. Multiple strip stringers are intertwined around the formers in varying spiral directions, similar to a wicker basket. Geodesic fuselage structures are lightweight, strong, and ultra-durable. They were typically made of either wood and/or aluminum, featuring a fabric covering the shell for greater comfortable and aesthetic value.

There’s also a semi-monocoqne fuselage design, which lives up to its namesake by featuring characteristics of its counterpart. According to Wikipedia, the semi-monocoqne fuselage structure is preferred when constructing an all-aluminum fuselage. It features frames designed to create the shell of the fuselage, which are secured via cross sections on a rigid fixture. Stringers are attached to join with the fixture.

These are just a few of the most common fuselage structures used in aircraft design. From small single-engine aircraft to larger commercial aircraft, all planes need a fuselage. It’s a critical component that allows plans to transport people and cargo. However, aircraft manufacturers must choose the right fuselage for the job when designing planes.