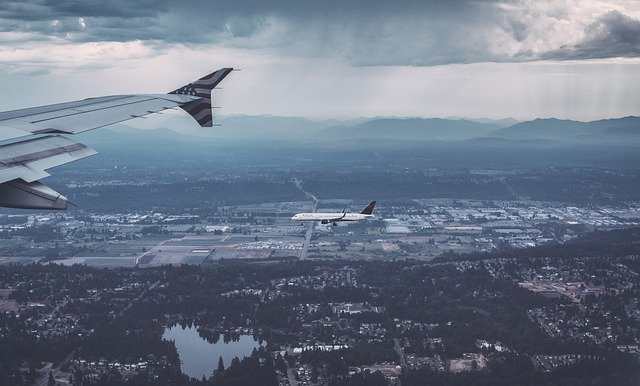 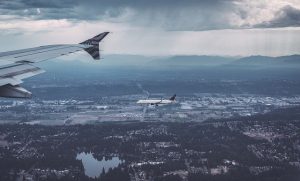 That’s what some experts are saying. On any given, there are over 100,000 commercial flights worldwide. Like all combustion-engine vehicles, jets produce emissions as a byproduct of burning fuel, which is believed to have a harmful impact on the environment by trapping heat. Researchers, however, say that lowering the altitude at which commercial jets fly can reduce their environmental impact.

Researchers say that contrails are a driving force behind the otherwise harmful environmental effects of commercial jets. Contrails, of course, consist of water vapor, as well as particulate matter, that freezes in midair. The water vapor released by a jet’s engines freezes, thus forming the visible contrails that follow in the jet’s wake. Contrails aren’t necessarily toxic. Rather, they are harmful to the environment because of the way in which they trap heat.

Contrails consist of ice, so they are able to trap heat underneath them. As the sun beams down on the Earth’s surface, the planet becomes warmer. With contrails, this heat becomes trapped and is unable to escape. Flying at a lower-than-normal altitude, however, by preventing contrails from forming.

Most commercial jets operate at a cruising altitude of about 31,000 to 38,000 feet. In this range, the air is just thin enough for moisture to freeze. Flying at a lower altitude ensures the moisture vapor will remain in a liquid state so that jets don’t produce contrails.

“This new method could very quickly reduce the overall climate impact of the aviation industry. A really small proportion of flights are responsible for the vast majority of contrail climate impact, meaning we can focus our attention on them.” Although airliners burn more fuel at lower altitudes, the overall benefit of reducing cloud-forming contrails more than makes up for the slight increase in emissions,” said Marc Steeler during an interview with ScienceAlert.

Researchers are constantly exploring new ways to make jets better for the environment. Along with flying at lower altitudes, using electric or hybrid engines may reduce the environmental impact of jets. As the number of global flight travelers continues to increase each year, we’ll likely see new environment-friendly solutions proposed in the near future.