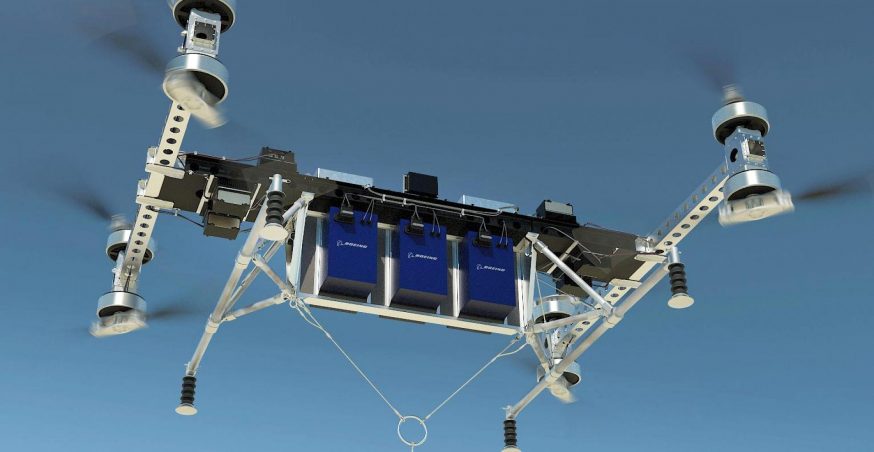 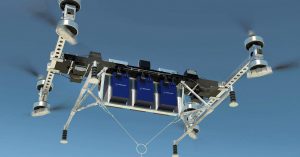 According to CNBC, the CAV was designed and constructed in just three months, which is pretty impressive to say the least. While other projects often take years to complete, the CAV was completed in just a fraction of this time. Of course, Boeing only produced a prototype version, meaning we’ll likely see other changes to the design before it’s finalized and ready to sell on the market.

So, how does Boeing’s new cargo-carrying drone work exactly? The CAV is powered by an electric propulsion system using a battery bank. It doesn’t have an actual gas engine. Rather, it uses battery power to drive the propellers. As a result, the CAV doesn’t release emission gasses, making it an environmentally friendly deliver vehicle.

In terms of size, the CAV prototype unveiled by Boeing is quite small considering it’s cable to carry up to 500 pounds of cargo. It measures just 15 feet long, 18 feet wide and 4 feet tall. The prototype is also said to weigh 747 pounds.

“This flying cargo air vehicle represents another major step in our Boeing eVTOL strategy,” said Boeing chief technology officer Greg Hyslop in a statement. “We have an opportunity to really change air travel and transport, and we’ll look back on this day as a major step in that journey.”

Perhaps another way Boeing’s new CAV can be used is for delivery services. Several companies have announced plans to offer drone-based delivery services, including Amazon. The e-retailing giant’s Prime Air, for instance, uses drones to deliver packages to customers in 30 minutes or less. Amazon is still testing the technology, however, so don’t expect to receive deliveries via drone from the e-retailing giant just yet. Nonetheless, Amazon has Prime Air development centers in numerous countries, including the United States, the United Kingdom, France, Austria and Israel.

Boeing Chimes In On Single-Pilot Planes