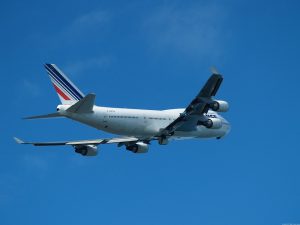 Self-driving cars have been a hot topic in recent years. Google, Apple, Tesla and other major tech companies are currently working to perfect the technology, which analysts believe is in the final stages. However, driver-less automation isn’t limited strictly to the roads; it’s also being used in the skies.

Boeing, one of the world’s leading aerospace manufacturing companies, recently announced plans to develop self-flying pilots. When speaking at this year’s Paris Air Show, the company’s vice president for product development Mike Sinnett explained that that autonomous behavior is a solution to the growing need for pilots.

According to Sinnett, there will be a need for 41,000 aircraft over the next two decades. And with those airplanes comes the need for pilots.

“When I look at the future, I see a need for 41,000 commercial jet airplanes over the course of the next 20 years. And that means we are going to need something like 617,000 more pilots — that’s a lot of pilots,” said Mike Sinnett, Boeing’s vice president for product development. “One of the ways that may be solved is by having some type of autonomous behavior.”

Boeing is currently working on artificial intelligence systems that can make the same decisions as human pilots. Assuming it works as intended, this technology could reduce the number of pilots required to fly aircraft, or it could eliminate the need for human pilots altogether. The former is certainly more plausible in the short-term, though the latter isn’t far fetched; we could very well see pilot-less planes flying in the skies. Granted, Boeing is still a ways from making this a reality, though the company has announced plans to develop the necessary technology for it.

Of course, there’s a good reason why Boeing is looking to develop self-flying planes: there’s a shortage of pilots. The commercial airline industry currently faces a severe shortage of pilots, both here in the United States and abroad. According to a report by CNN, the world needs more than half-a-million new pilots over the next two years. While it’s unlikely that we’ll see completely pilot-less planes in the near future, automation can certainly help offset some of the work they perform.

Regardless, Boeing is currently working to make self-lying planes a reality. It may not happen this year or the next, but analysts agree that it’s only a matter of time before they are flying in the skies.