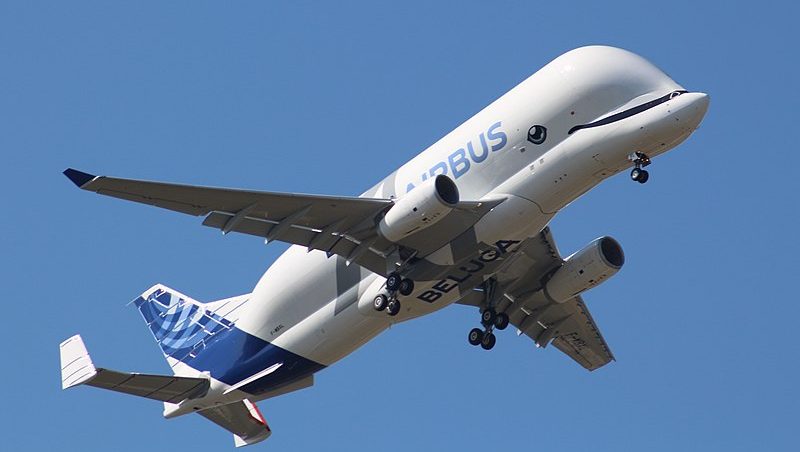 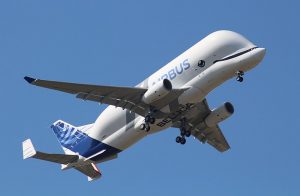 So, what was the purpose of this test flight? Airbus says the test flight was performed as part of the BelugaXL’s certification process. In order for Airbus to sell the BelugaXL, it must receive certification from the appropriate flight and aviation agencies. Airbus’s recent flight test over Ireland involved rejected take-offs (RTOs) as well as crosswind controls. The former involves stopping or aborting take-offs, whereas the latter involves adjusting the angle of an aircraft to compensate for wind gusts (e.g. veering an aircraft east when wind is blowing west). During the recent flight test, Airbus performed both RTOs and crosswind controls for the BelugaXL.

As shown in the photo here, the BelugaXL receives its name from its whale-like design. Airbus launched the BelugaXL project back in 2014 to compete with other cargo transport jets like the Boeing C-17 and Antonov An-124. At the time, Airbus already had Beluga. However, the aerospace manufacturing company was struggling to convince airlines and organizations to purchase its cargo transport jets over its competitors’. As a result, Airbus sought to develop a new and improved Beluga, the Beluga XL.

When speaking about the BelugaXL, Airbus’s Bertrand George said the following: “Years from now, we could see situations such as further rate increases for our jetliners or may encounter one of the airlifters being grounded, which would make this ‘extra’ sixth aircraft an essential part of our transport network.”

Even on the heels of the BelugaXL being launched, the original Beluga STs aren’t expected to retire anytime soon. On the contrary, Airbus says it’s very likely that airlines will continue using them for another 20 years, assuming they are properly serviced.

Airbus hasn’t announced an official release date for the BelugaXL, though it’s expected to happen sometime this year.