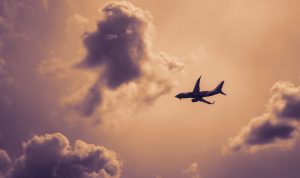 As one of the world’s leading aerospace manufacturing companies, Airbus knows a thing or two about designing fuel-efficient jets. It’s pioneered over a dozen highly efficient commercial jets, some of which include the A220, A300, A310, A318, A319, A320, A321, A340 and A350. In an effort to make its jets even more efficient, however, Airbus is using the natural flight patterns of birds as inspiration.

In a recent press release, Airbus demonstrated how airlines can cut fuel costs by flying in a similar lined formation as birds. Known as the fello’fly project, the demonstration projects Airbus desire to minimize the environmental impact of commercial airlines while also cutting fuel costs in the process.

As revealed in its fello’fly project, when two jets fly in a lined formation — one jet directly behind the other jet — the following jet will consume up to 10% less fuel on average. While some birds fly in a V-shaped pattern, many fly in a lined formation. Airbus engineers believe this type of formation allows birds to conserve their energy. The leading bird at the front of the flock will expend the most energy as it breaks through the hard air. The birds following behind, on the other hand, will expend less energy because they are able to take advantage of the already-broken air.

Airbus wants to provide airlines with the equipment necessary to safely fly in a lined formation, similar to that of birds’ flight formation. If commercial airlines are able to fly multiple jets in a lined formation, it will allow them to conserve fuel. The leading jet, of course, won’t save any fuel. All following jets, however, may consume up to 10% less fuel thanks to the energy-efficient way in which birds fly.

“Airbus’ fello’fly project aims to demonstrate the technical, operational and commercial viability of two aircraft flying together for long-haul flights,” explained Airbus in the press release. “Through fello’fly, a follower aircraft will retrieve the energy lost by the wake of a leader aircraft, by flying in the smooth updraft of air it creates. This provides lift to the follower aircraft allowing it to decrease engine thrust and therefore reduce fuel consumption in the range of 5-10% per trip,” the aerospace manufacturing company added.

What’s next for Airbus’s fello’fly project? The aerospace manufacturing company is planning to conduct several tests in 2020 using its A350 jets. Assuming all goes as planned, commercial airlines may implement the technology within the next half-decade.