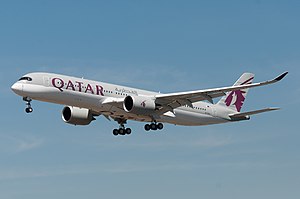 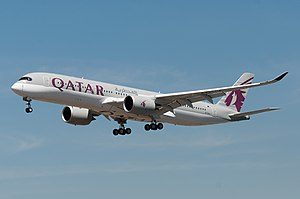 Airbus is placing the finishing touches on its highly efficient, ultra-long-range A350-1000ULR jet. According to the European aerospace manufacturing company, several airlines have already placed orders for the new jet, some of which include Cathay Pacific, British Airways and Qatar Airways. Furthermore, Airbus says several customers have placed orders to convert almost 300 A350 jets into the new A350-1000ULR jets.

Even with its long range, the A350-1000ULR actually weighs more than other variants of the A350. This is because Airbus opted for a heavier and more powerful engine. So, while the new engine adds weight to the A350-1000ULR, it increases its range while also making it more fuel efficient.

For the A350-1000ULR, Airbus implemented several safety features to reduce the risk of collision and other incidents. One such feature is an emergency descent warning system. If an A350-1000ULR jet drops below 10,000 feet, the system will automatically notify air traffic controllers. The crew can manually disable the warning, but if the crew fails to respond, air traffic controllers will attempt to contact the pilot and crew directly.

While Airbus is still preparing for an official launch for the A350-1000ULR jet, some airlines are already using the new jet in their fleet. Singapore Airline, for example, uses the A350-1000ULR jet to perform some of the world’s longest flight, shuffling passengers from Singapore to New York and vise versa. With a flight time of roughly 18 hours, that’s a pretty impressive feat that attests to the long-distance capabilities of Airbus’s new jet.

Airbus received Type Certification from the the European Aviation Safety Agency (EASA), as well as the Federal Aviation Administration (FAA), on Nov. 21, 2017 for the A350-1000ULR jet.