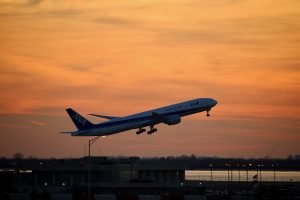 According to ANA Holdings, it needs the extra planes to accommodate the region’s thriving tourism sector. Statistics who that about 2.5 million people traveled to Japan in November 2018 — up by roughly 2.5% from the previous year. As more people visit Japan, the island nation needs a larger and more robust commercial airline industry, thus prompting ANA Holdings to expand its fleet with 30 additional planes.

“Asia is a key growth market and we believe Philippine Airlines is in an excellent operational position to capitalise on both the strong uptick in air traffic growth as well as the vibrant, expanding Philippine economy,” said ANA Holdings President Shinya Katanozaka said a press release.

The new planes aren’t cheap, however. With a unit price of roughly $96 million, ANA Holdings is expected to pay nearly $3 billion total for the 30 new 737 MAX 8s. First introduced 2017 with Malindo Air, the Boeing 737 Max 8 was the first variant of the company’s 737 MAX family. It’s designed to replace Boeing’s current 737-800, featuring a longer fuselage than its counterpart along with improved fuel efficiency.

In addition to ordering 30 additional 737 MAX 8s from Boeing, ANA Holdings also said that it was purchasing 18 A320neos from Airbus. Like the 737 MAX 8, the A320neo is also highly fuel efficient, which is a driving factor behind AHA Holding’s decision to purchase them. With that said, the 737 MAX 8 has a lower empty weight as well as a higher maximum takeoff weight than its A320neo counterpart.

Boeing and Airbus are two of the biggest aerospace manufacturing companies in the world. Airbus, of course, has its headquarters located in Leiden, Netherlands, whereas Boeing’s main headquarters is located in Chicago, Illinois.

AHA Holdings hasn’t confirmed the engine configuration details of the new Airbus A320neos. The A320neo family is defined by its “new engine option,” which supports a variety of engines like the PW1127G-JM as well as the CFM LEAP-1A26 and more. It’s unknown which engine option AHA Holdings selected.

So, when will AHA Holdings receive delivery of the orders? There hasn’t been a specific date announced, though the airline company says it will likely occur sometime from 2021 to 2025. Considering the rapid growth of Japan’s tourism industry, though, AHA Holdings is probably hoping for an early delivery.