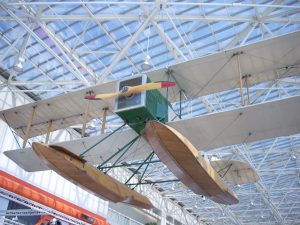 Boeing is known throughout the world for its iconic commercial jets, including the 747, 777 and 787. The U.S.-based company designs and manufacturers aircraft that are sold to commercial airlines as well as private and government organizations alike. But while most people have at least heard of Boeing, few know the following facts about the company.

#3) It Builds Satellites As Well

Some people assume that Boeing only builds jets, helicopters and other aircraft, but this isn’t necessarily true. While Boeing’s specialty focuses on aircraft, the company designs and builds a variety of other aerospace products, including satellites. In 2000, for example, Boeing acquired the satellite company Hughes Electronics. Since then, Boeing has been building satellites in the 702 satellite for other companies and government organizations.

#5) It Built a Light Rail Vehicle

No, that’s not a typo. Boeing is currently developing several environmentally friendly planes that are named after Muppet characters. The “Fozzie,” for example is a plane that features open rotors, whereas the “Kermit Kruiser” is a plane that produces less noise during operation while consuming less fuel in the process.