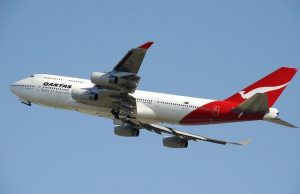 The Boeing 747 is one of the most iconic jets in the history of commercial aviation. Introduced in 1970 with Pan American World Airways, it’s a large wide-body jet developed by Boeing Commercial Airplanes. Since then, Boeing has built over 1,500 units, selling them to commercial airlines across the world. Even if you’ve seen the Boeing 747 before, you might be surprised to learn the following facts about it.

#3) Over 3.5 Billion Passengers Have Flown In It

The Boeing 747 is recognized as one of the most popular commercial jets of all time. According to the Smithsonian National Air and Space Museum, it’s flown over 3.5 billion passengers since its release in 1970. That’s an impressive feat on its own.

While commercial airlines have been the Boeing 747’s primary customers, The National Aeronautics and Space Administration (NASA) has used it as well. In the late 1970s, NASA purchased two modified Boeing 747s for space shuttle missions. NASA used the modified 747s to essentially transport its space shuttles. The space shuttle was placed atop the modified 747, after which the 747 took off.

With a projected program cost of over $1 billion, Boeing went all in with the 747. It’s important to note that the $1 billion reflects the cost of the 747 program when it was conceived, which was over a half-century ago. When accounting for inflation, the modern-day cost of the 747 program is estimated at over $7 billion. Nonetheless, the Boeing 747 performed incredibly well and was undoubtedly a smart investment for the U.S. aerospace manufacturing company.