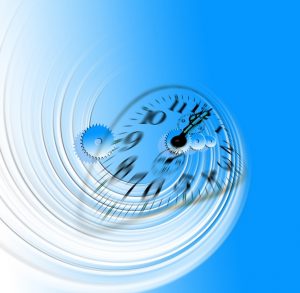 Do you feel fatigued after long flights? If so, you could be suffering from jet lag. Also known as time change syndrome, it’s a common psychological condition that occurs during long flights. With jet lag, your body’s internal clock — known as the circadian rhythm — is thrown off, resulting in severe fatigue as well as trouble sleeping. The good news is there are several things you can do to beat jet lag, including the following.

#1) Move Around During the Flight

Rather than staying in your seat the entire flight, try to spend more time moving around. Once your airplane has reached cruising altitude, you should be allowed to stand up and walk around, assuming there isn’t any turbulence. Not only does this give you the opportunity to stretch your legs, but it lowers the risk of jet lag. A 2007 study published in the medical journal New England Journal of Medicine found that passengers are more likely to experience jet lag if they remain seated for most or all of the flight.

Stay away from caffeinated beverages, as well as caffeinated foods, when flying long distances. Even if it’s nothing more than a 12-ounce soda, caffeine will interfere with your body’s ability to fall asleep and stay asleep. Combined with the effects of jet lag, this otherwise harmless stimulant can make it difficult to get the recommended seven to eight hours of sleep at night.

#4) Set Your Clocks to Your Destination’s Timezone

Although it may sound like an easy and effective way to get restful sleep during or after a long flight, sleeping pills generally do more harm than good. They force your body to enter a state of light sleep while throwing off its circadian rhythm in the process. If you’re worried about jet lag, don’t take sleeping pills. Instead, try exercising to naturally tire yourself out.