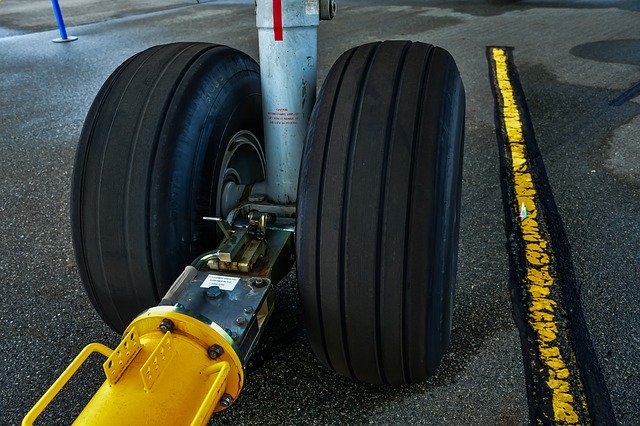 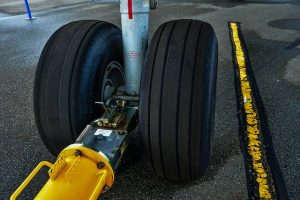 Although they spend most of their time in the air — at least when they are moving — airplanes require tires to take off, land and move across the runway. Airplanes don’t just use automotive-grade tires, though. Due to their heavyweight construction, they require heavy-duty tires to accommodate their weight. Below are five fun facts about airplane tires, some of which may surprise you.

There are hundreds if not thousands of different airplane tires on the market. With that said, most of them are manufactured by one of four brands: Goodyear, Michelin, Bridgestone and Dunlop Aircraft Tyres. Reports show that these four brands account for roughly 80% to 90% of all airplane tires sold globally.

Tire blowouts are almost unheard of in the aviation industry. Blowouts, of course, occur when an excessive amount of force is exerted upon a tire’s inner walls. If a tire is overinflated, for instance, the excess force may cause it to blow out. With that said, airplane tires are required to withstand at least four times the pressure for which they are rated over a period of at least three seconds.

While they are practically blowout proof, airplanes tires are susceptible to damage when exposed to heat. Overheating may occur if a pilot is forced to quickly brake on the runway during an emergency. Sudden braking creates friction between the tires and the runway. Friction, in turn, produces heat that can literally melt away some of the tread. Overheating isn’t a common occurrence. Instead, airplane tires generally only overheat when a pilot is forced to quickly brake during an emergency.

Unlike automotive tires, airplane tires are filled with air. They are filled with nitrogen gas. In the past, some airplanes used oxygen-filled tires. The use of oxygen led to several incidents in which the tires exploded. Nitrogen is considered an inert gas, so it doesn’t have combustible properties. Therefore, filling tires with nitrogen is a safer solution.