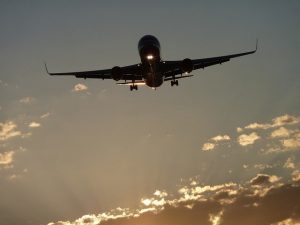 With the company’s 737 MAX still grounded, Boeing is working around the clock to complete the 777X. The latest generation of long-range, wide-body commercial jets developed by Boeing, the 777X is expected to shake up the commercial aviation industry. Because it’s still in development, though, not many people know about the 777X. In this post, we’re going to explore five fun facts about Boeing’s upcoming 777X.

According to Boeing, the 777X will be 10% more fuel efficient than competing jets of a similar size. Considering that fuel is one of the biggest expenses facing commercial airlines, this could be a huge selling for the American aerospace manufacturing giant. By touting the 777X’s efficient properties, Boeing shouldn’t have trouble selling the 777X to commercial airlines.

Boeing also claims that the 777X, when finished, will be the world’s largest twin-engine jet. How big is the 777X exactly? Sizes vary depending on the variant. With that said, the smallest variant of the 777X measures between 210 and 242 feet long.

Being that it’s the world’s largest twin-engine jet, as well as its fuel-efficient properties, it shouldn’t come as a surprise to learn that the 777X comes at a hefty price. On Boeing’s website, the American manufacturing giant lists the 777X at a price of over $400 million. According to Boeing, the 777-8 variant costs $410.2 million, while the larger 777-9 variant costs $442.2 million.